The Maheno had already been put out of service as an ocean liner and had been sold for scrapping purposes to a Japanese company. When the ship was towed from Sydney to Japan, the towing ship lost its haul during a winter-cyclone in July 1935. The Maheno then stranded along the Eastern Beach of Fraser Island. After that, no one wanted the ship anymore. So its remainders can still be witnessed today. 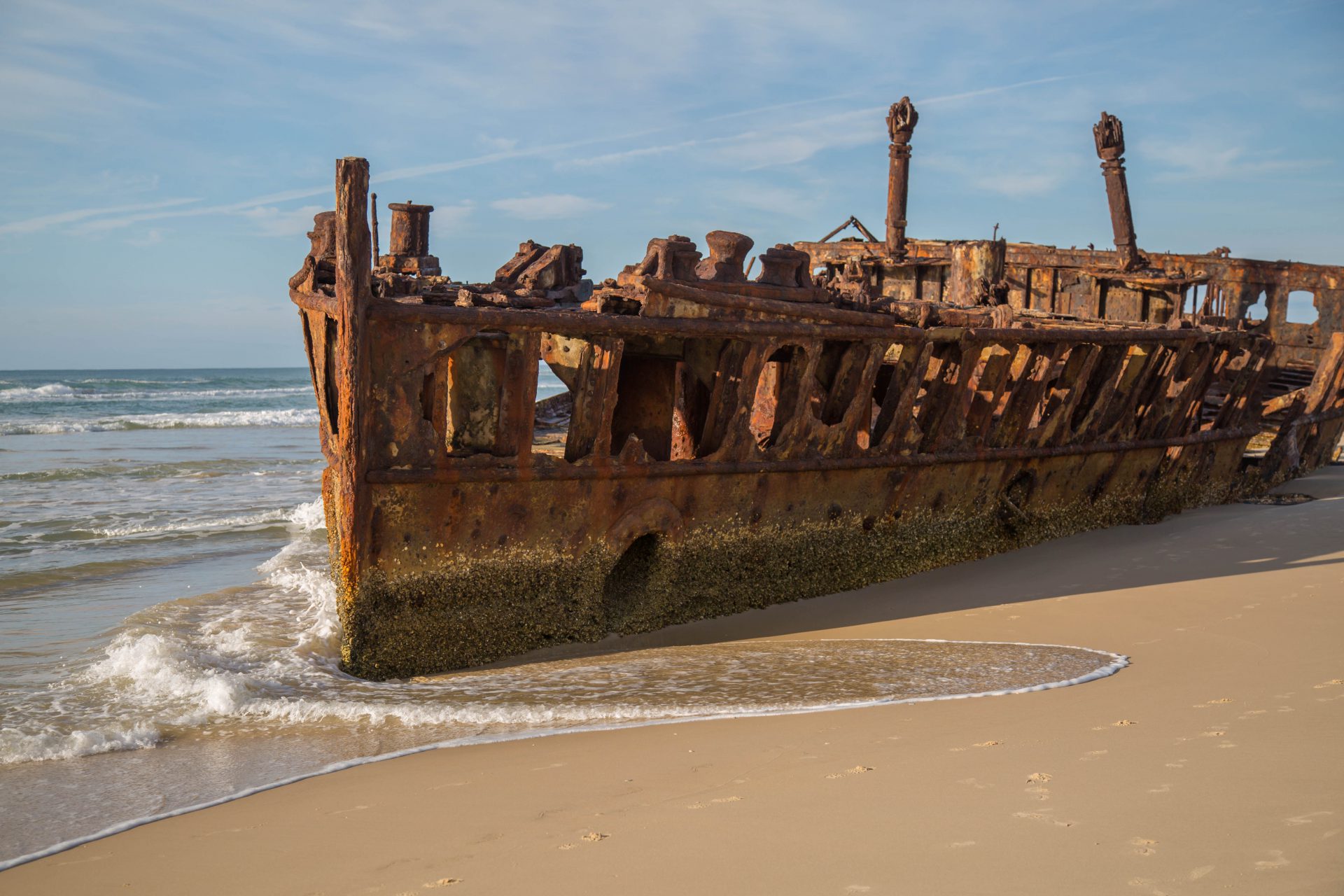 Wreck of the Maheno, stranded in July 1935, Fraser Island